Here are the the Team selections and Order of play for our 6th Anniversary Two wood triples Open Competition.
But first it’s the Rules..

RULES
World Bowls rules apply plus, Jack knocked out of play one shot to opposition. No visits to the head.
Games will start with the bell, jacks to be set before the bell.
No jacks to be set after the 50 minutes bell.
On completion of eight ends please send jack to opposite end for the next group and leave the rink so the next game can start.
SCORING
Cards to office after each game, and please agree score with opponents
1 point for each end plus 3 points for a win or 1 for a draw,
Winner is the team with the most points. if a tie, Most ends won over the 3 games wins. If still tied best shot difference will decide.
Semifinal will be a three end shoot out between A v B and C v D
Final will be a three end shootout between semi-final winners

Good luck everybody, may the best Team win. 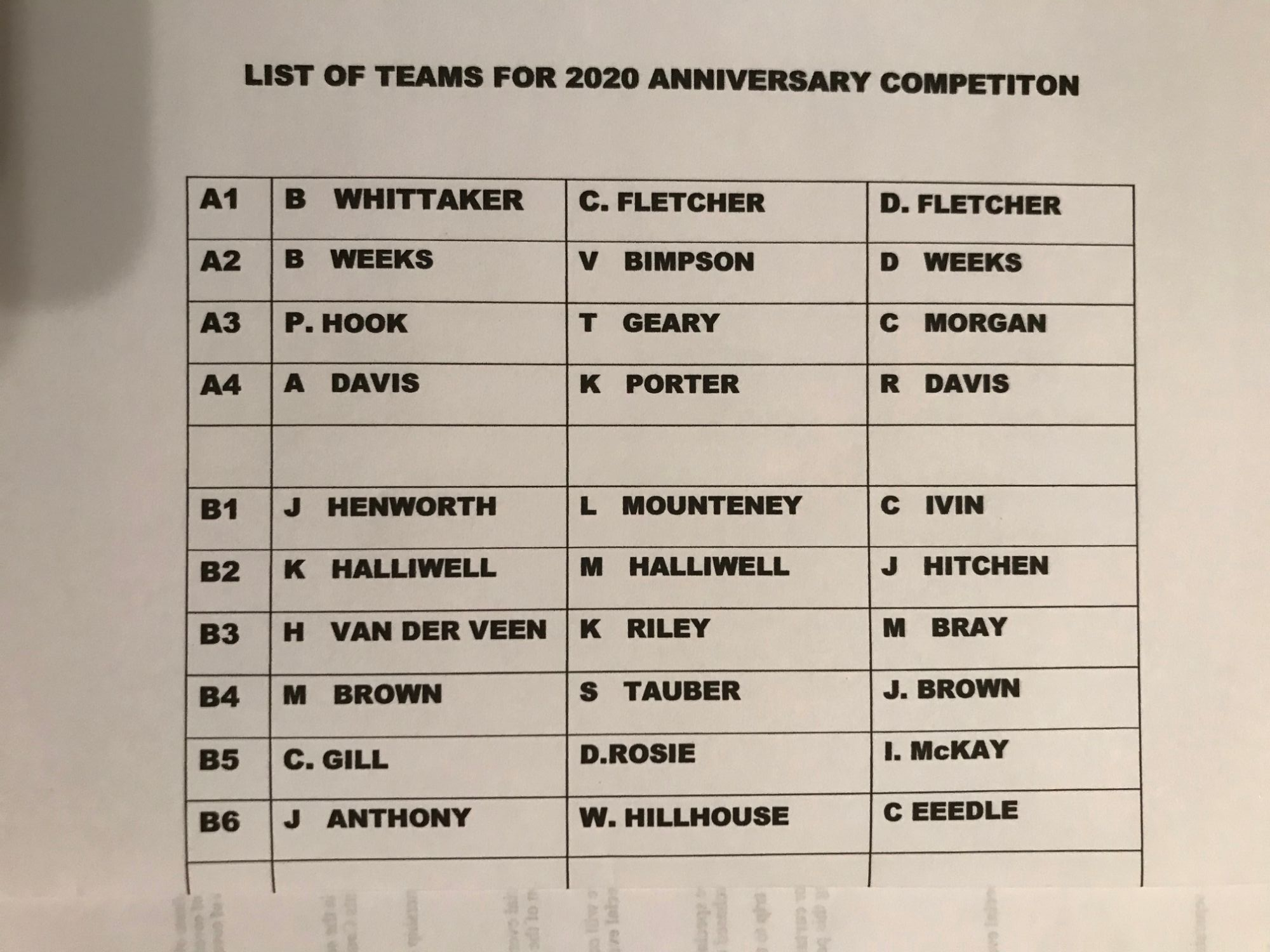 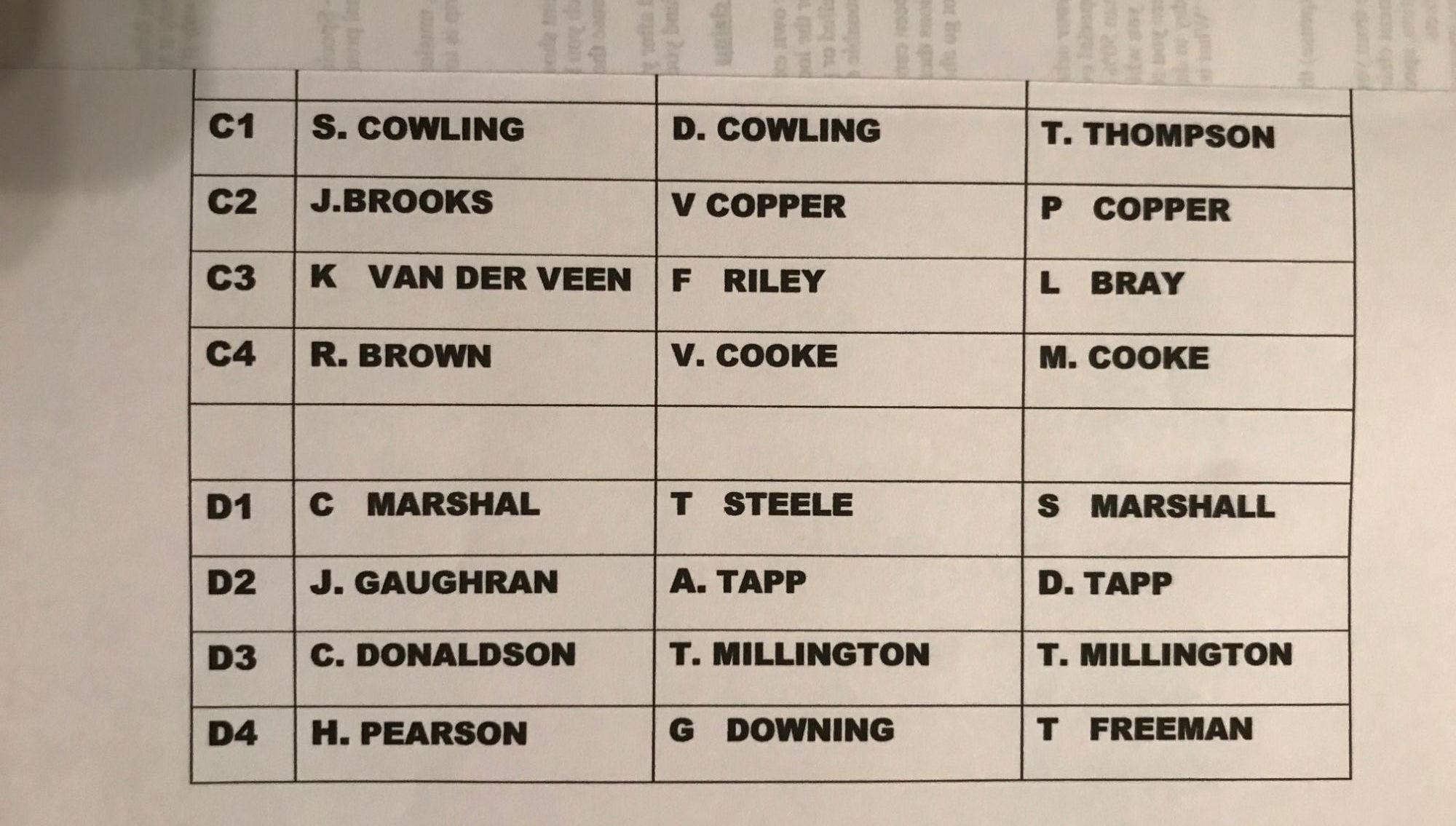 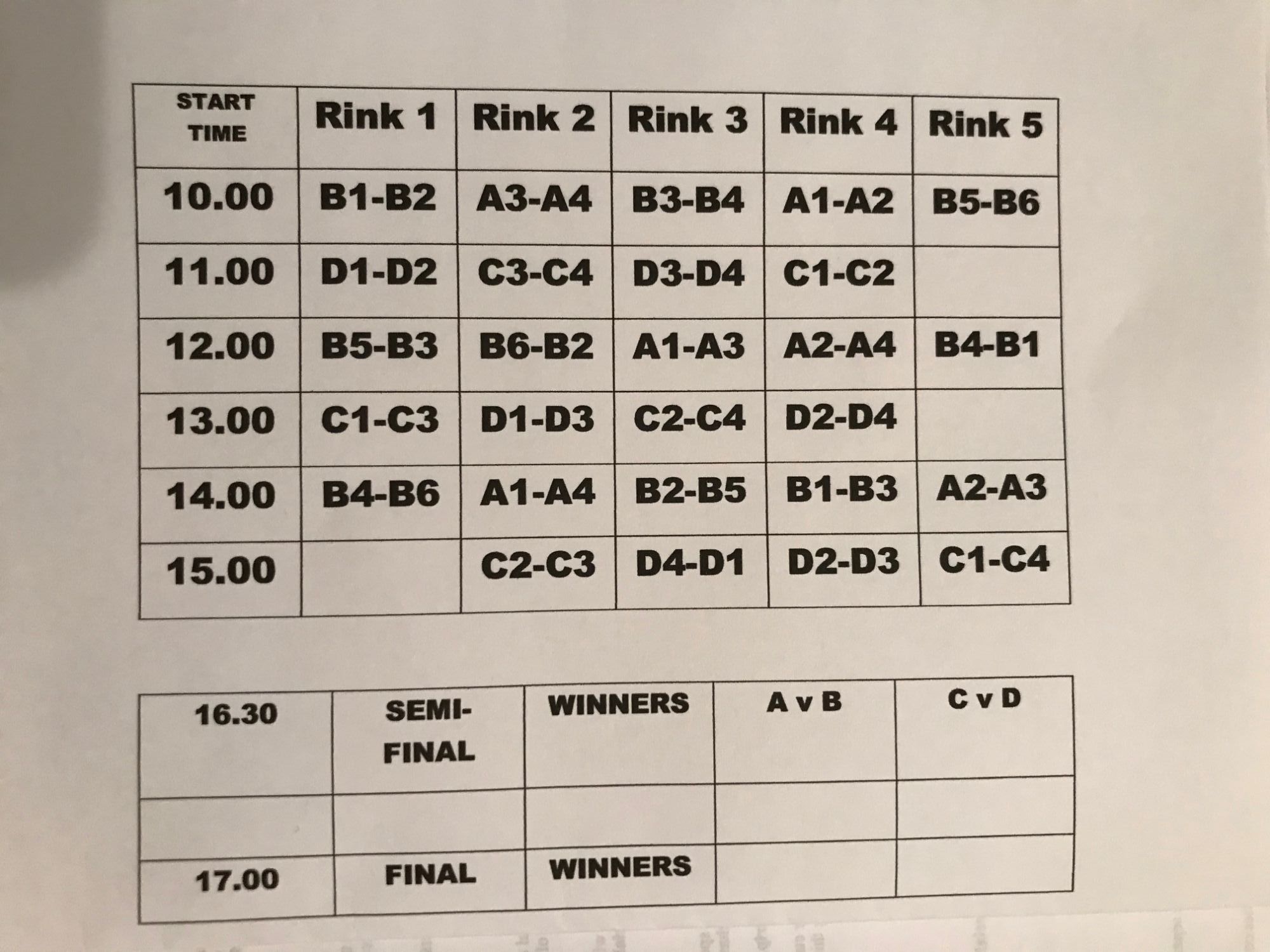 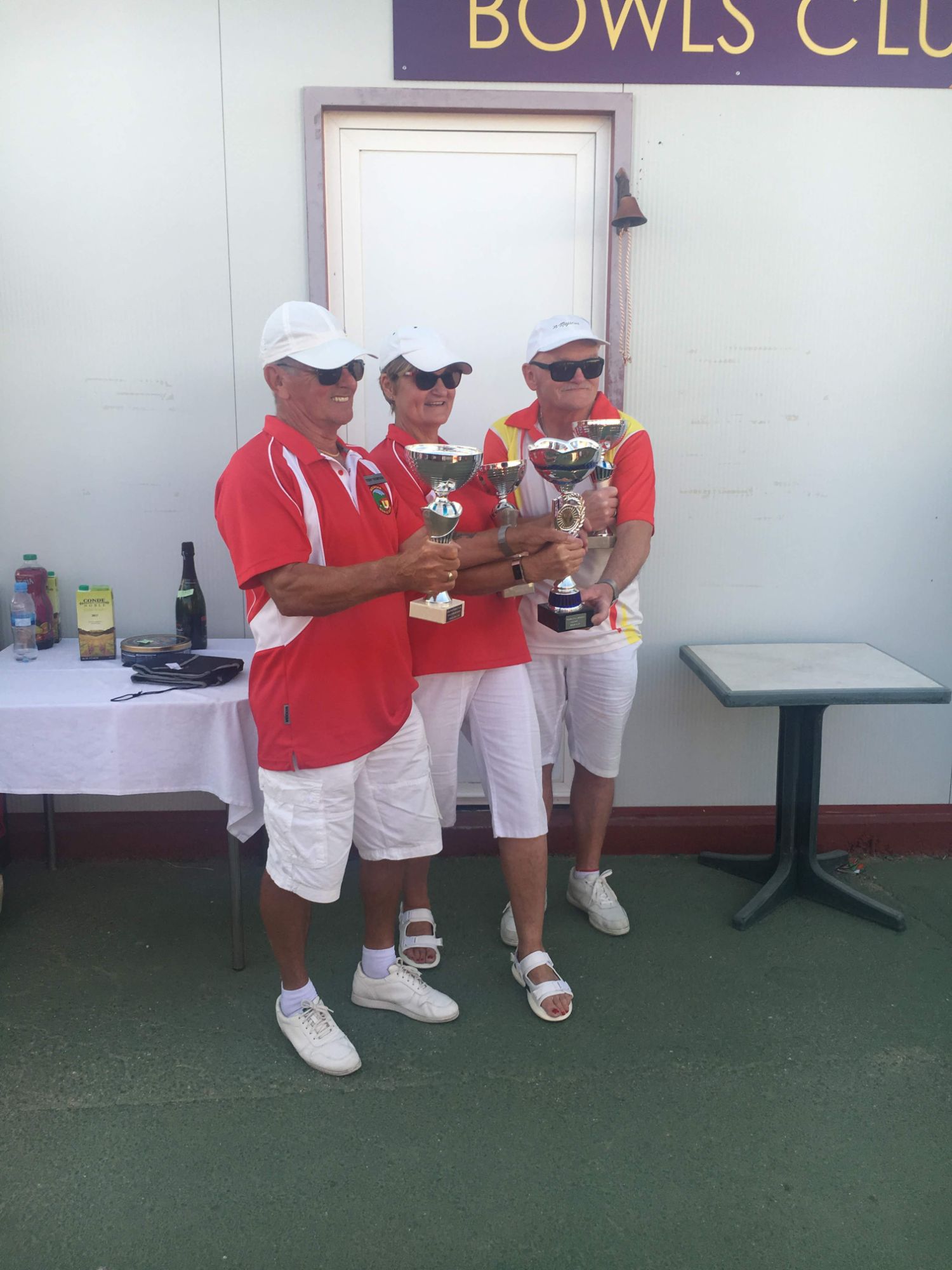 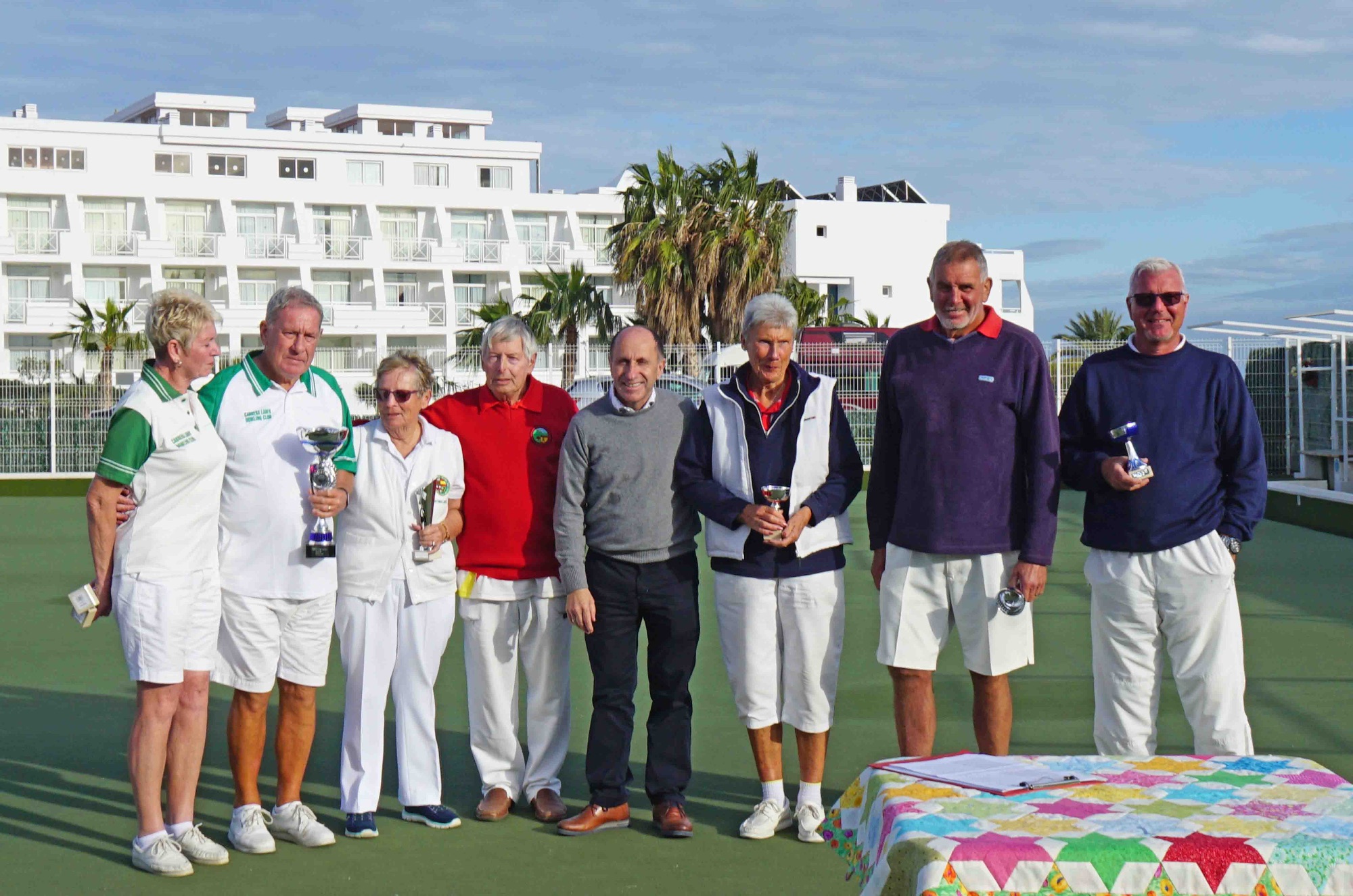 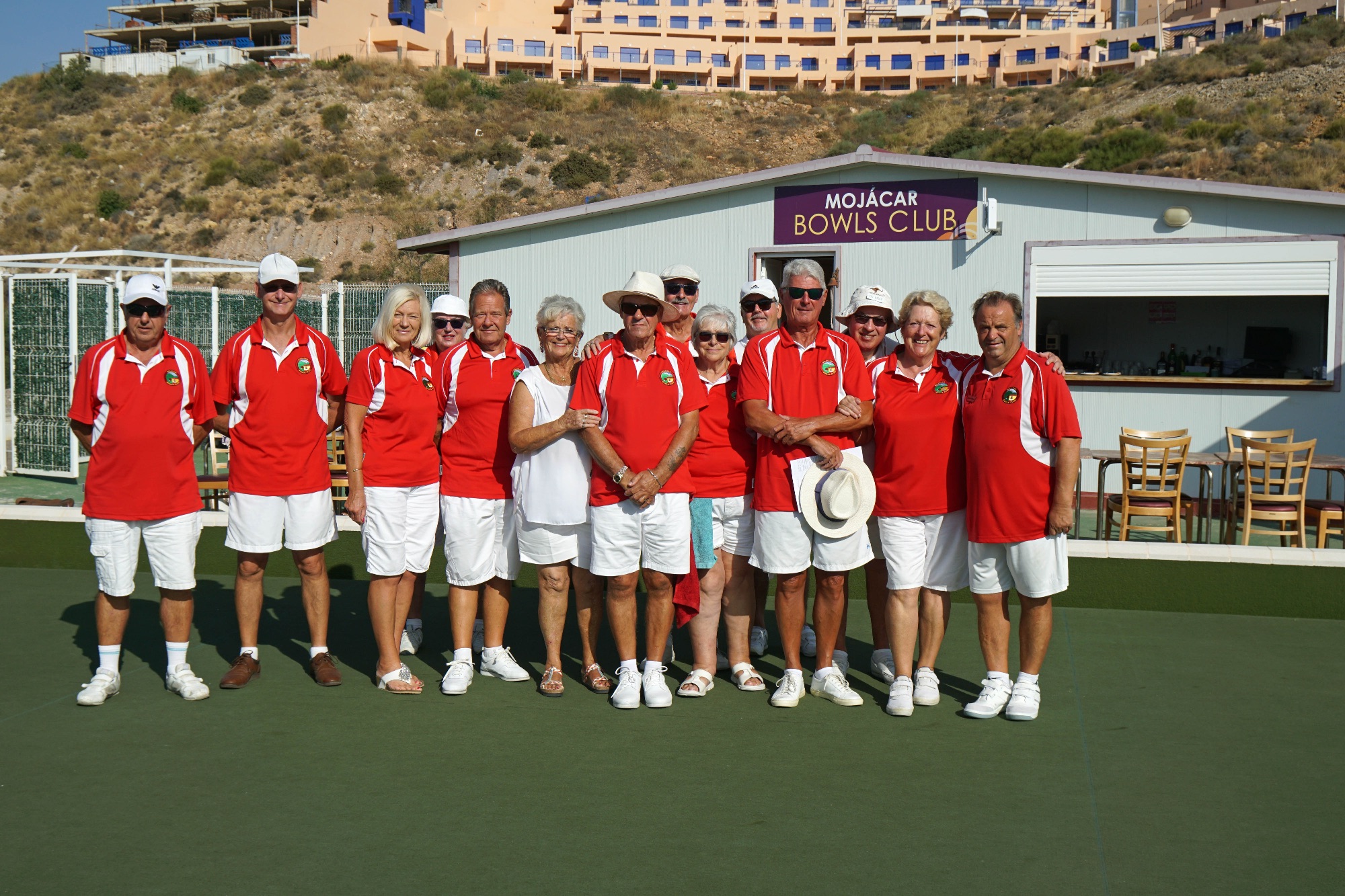 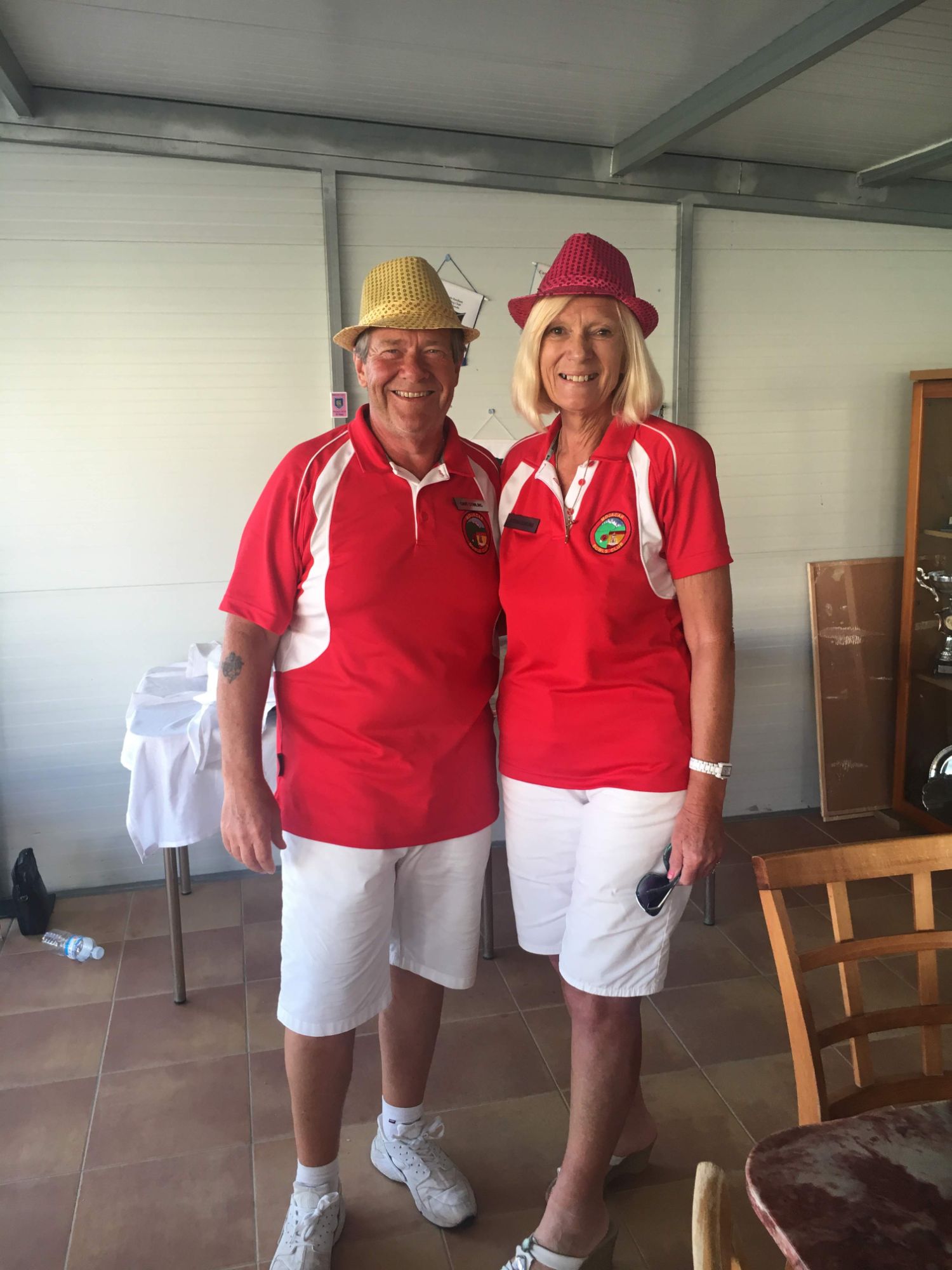