The day before the Anniversary on March 5th saw the eagerly awaited completion of the new enclosure which had been about a year in the discussion stage of the project, then finally ~ not even a brief but heavy rain storm could stop or even delay the finishing touches.

The new enclosure financed by the Mojacar Ayuntamiento under the guidance of Ricardo Escudero Director Servigroup Hotels (Mojacar), will be a much valued addition to the existing facilities enjoyed by our bowls club.

The new enclosure will give a spacious and comfortable relaxation area offering complete protection from the occasional bad weather as well as much needed shelter from the sun during the greater majority of the year.

The enclosed area is large enough to hold considerably more than the current club membership with ease and could even enable various functions to be held with some style and comfort should the need arise. 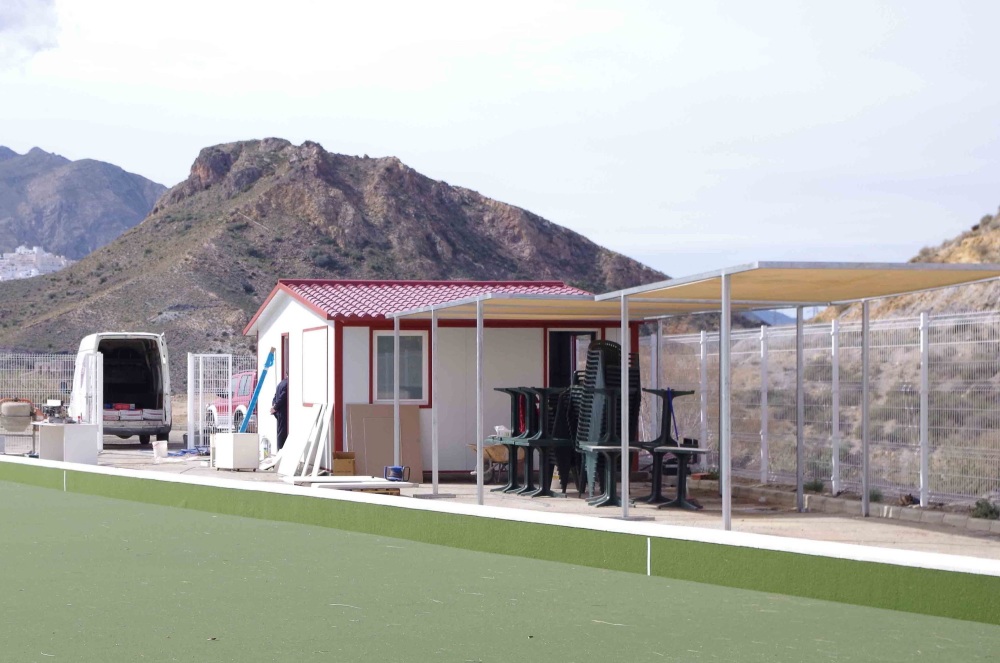 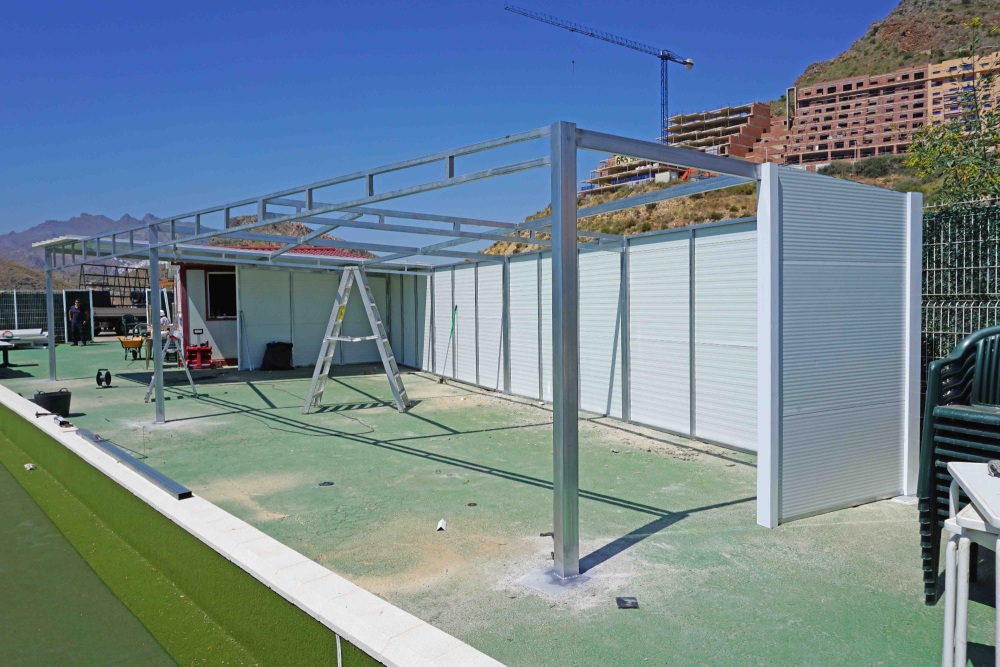 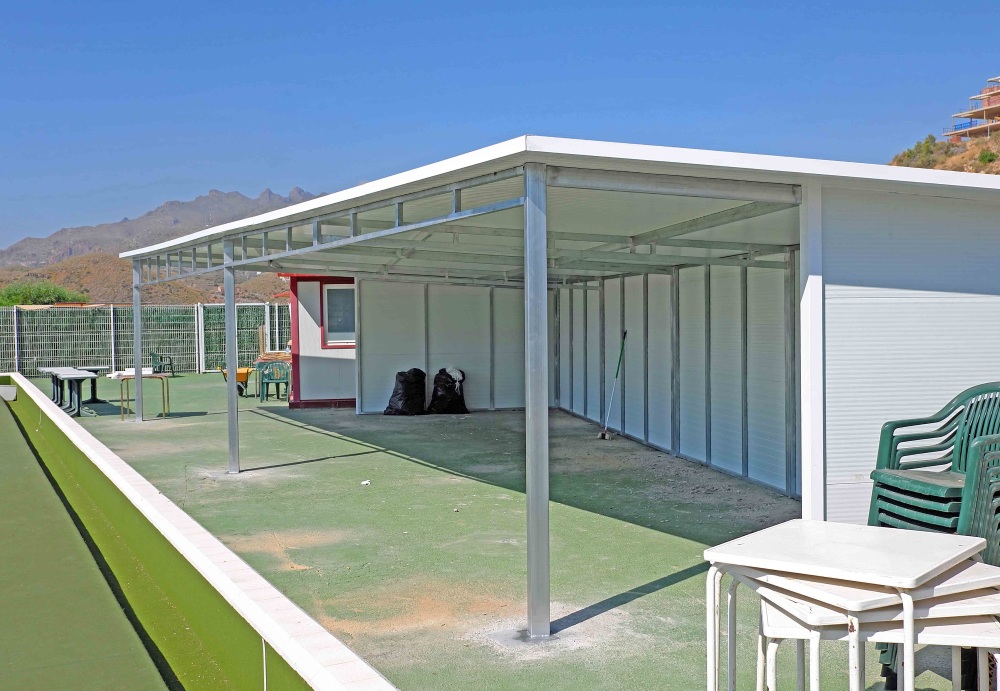 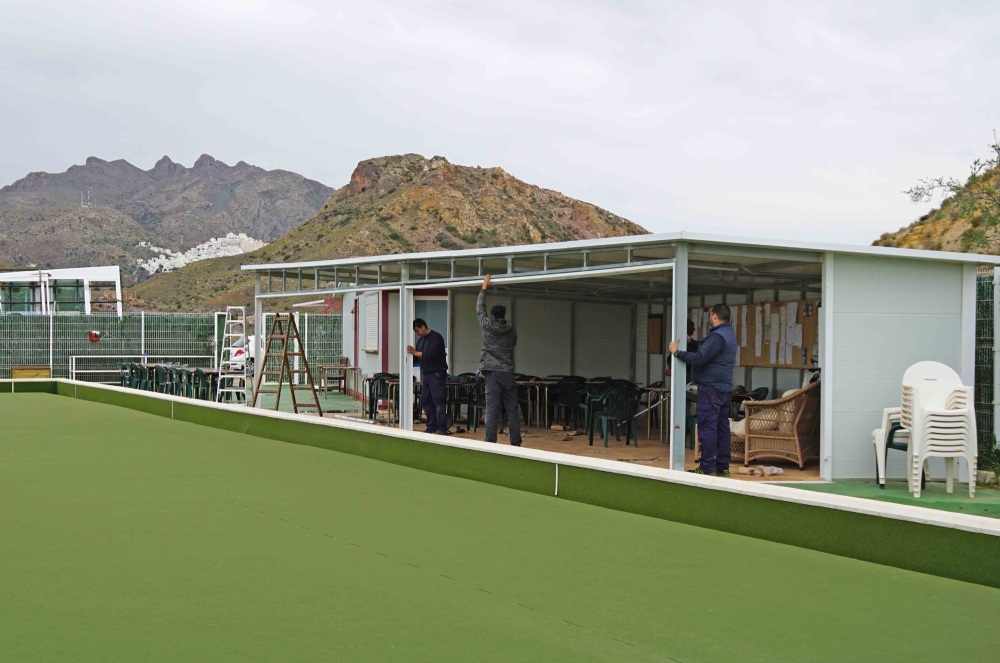 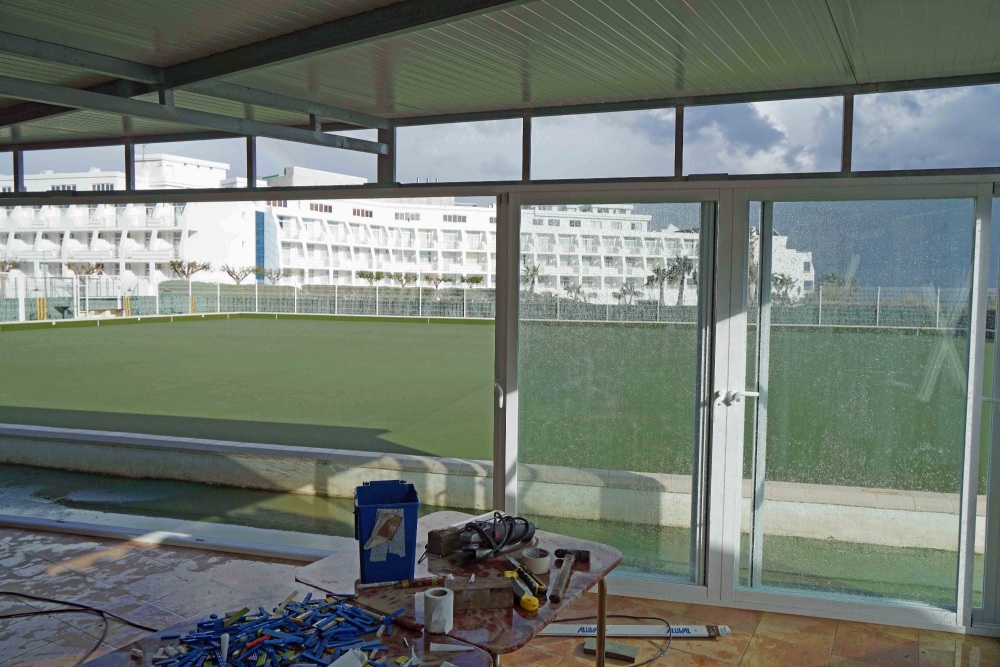 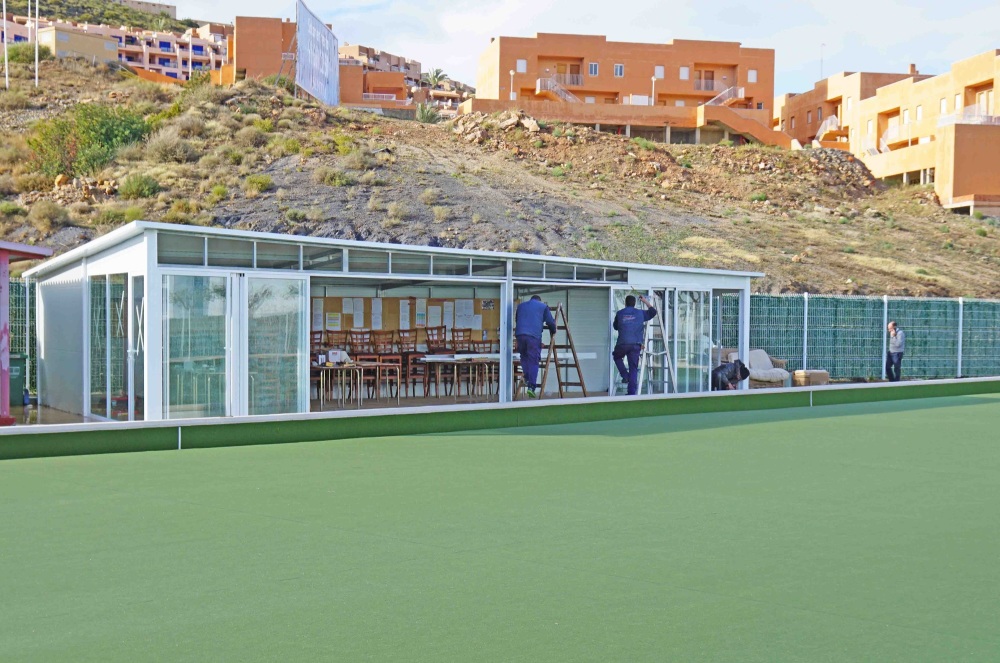 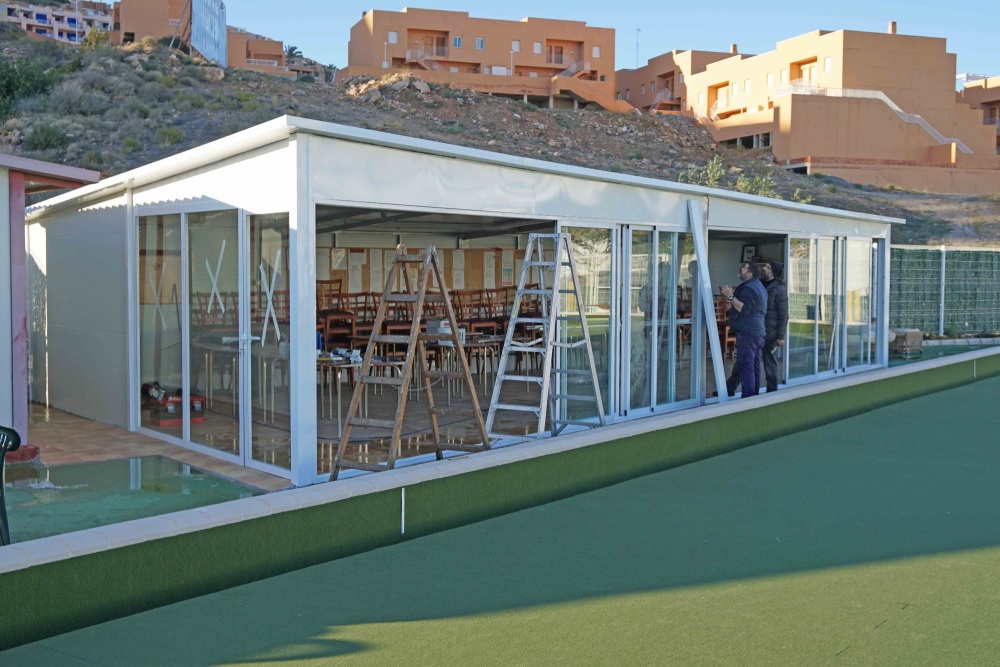 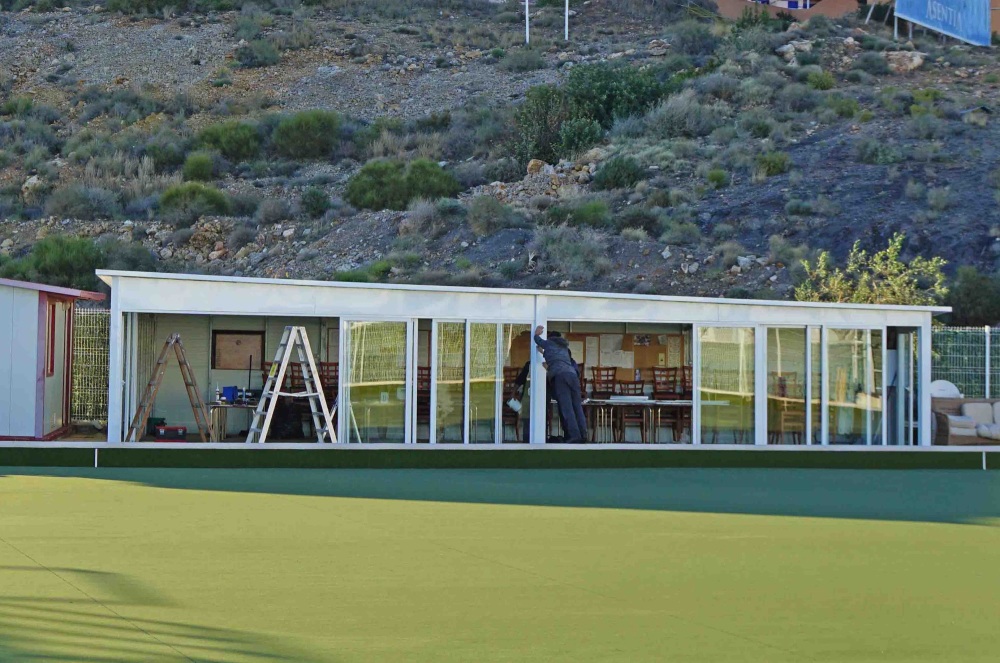 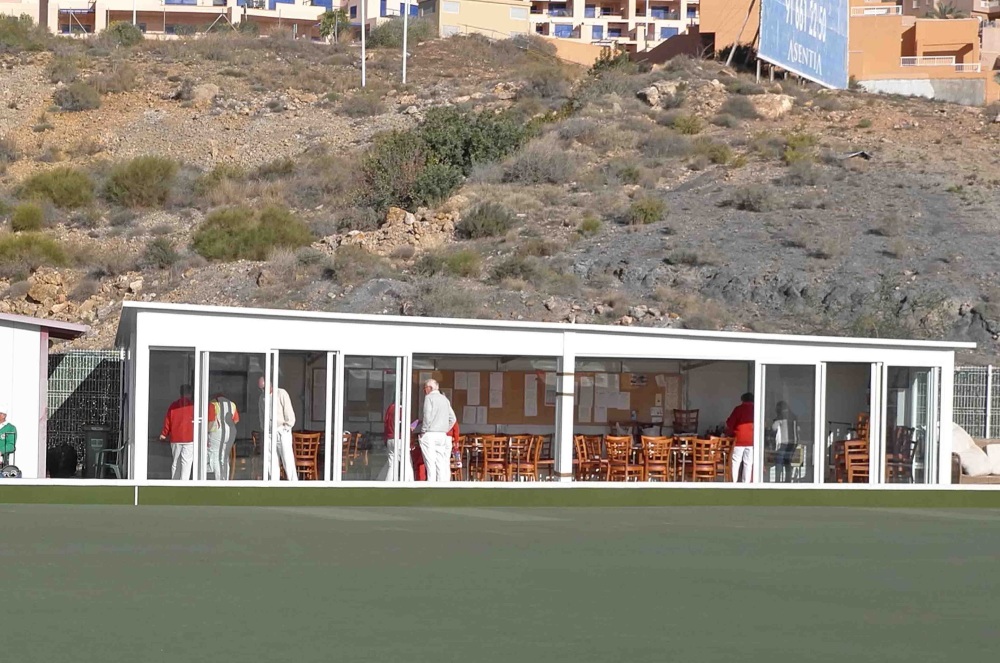