The championship is usually Organised with Military precision by Derek & Barbara Weeks.

Well until they get back on Monday its all up to yours truly...

I have photographed and reprinted all the info off the Notice Board.

The names have been drawn under the close scrutiny of Hazel [no nonsense] Pearson.

The First 4 pre-elimination games will kick off on Sunday 23rd February at 10 oclock sharp.

RULES IS RULES AND STUFF

Played under World Bowl Rules... except for the bit about not re-spotting the jack on the nearest side cross after a dead end [we HAVE got them so we might as well use them] Nuff said.

During the match 'VISITING THE HEAD' will be restricted to AFTER both players 2nd Bowl has been sent.

We would encourage you to utilise your Marker to give you information whilst you have the mat.

He will also assist in measuring if required and also clearing the head with a trolley and updating the scoreboard.  No pressure then!

Players to arrange an independent Marker

Only 2 bowls per player on each trial end.

Good luck everybody, may the best Man & Lady win. 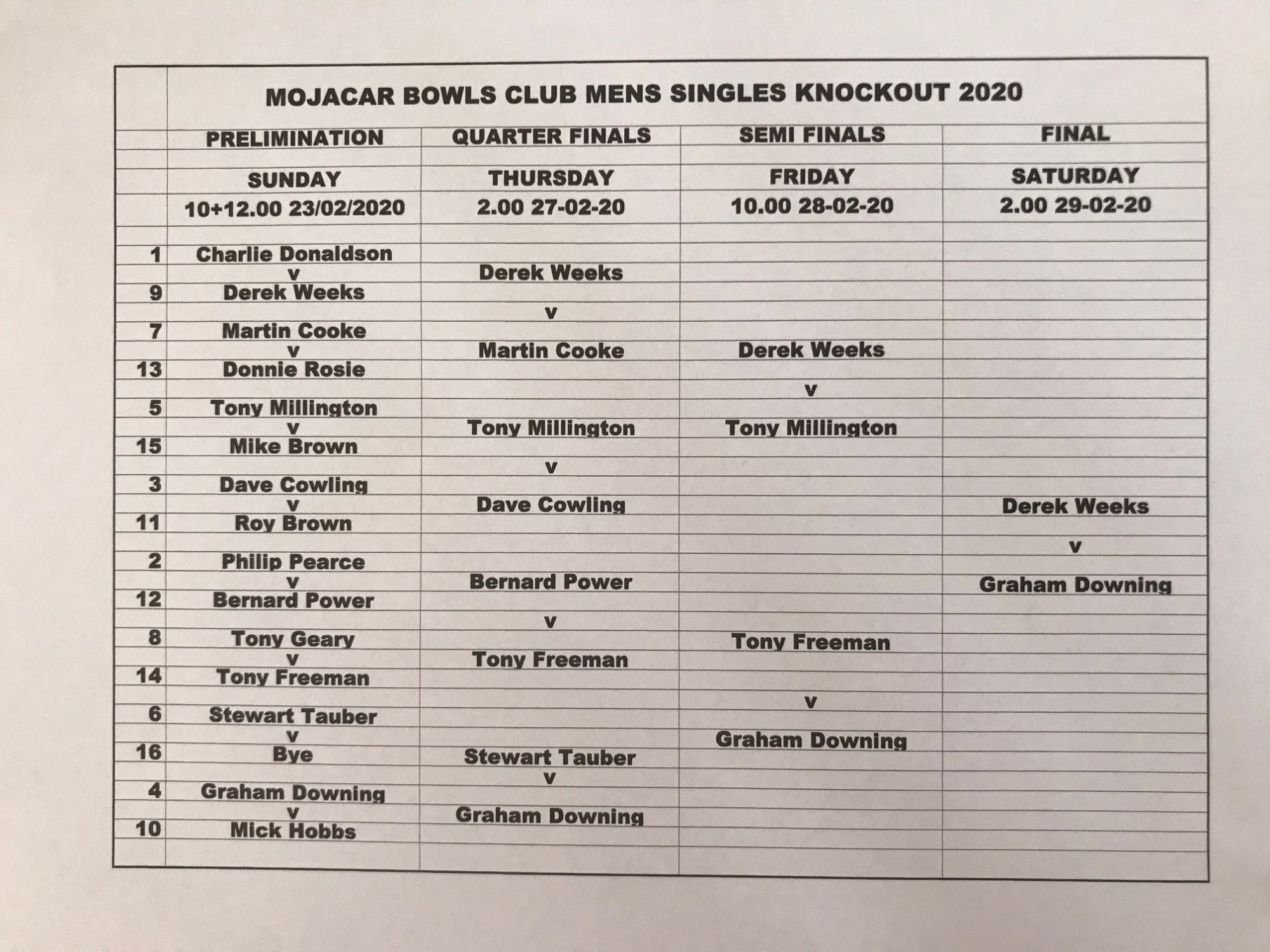 Here are the latest results after the first Day of Play. I will try to keep these sheets updated Daily, but no promises. 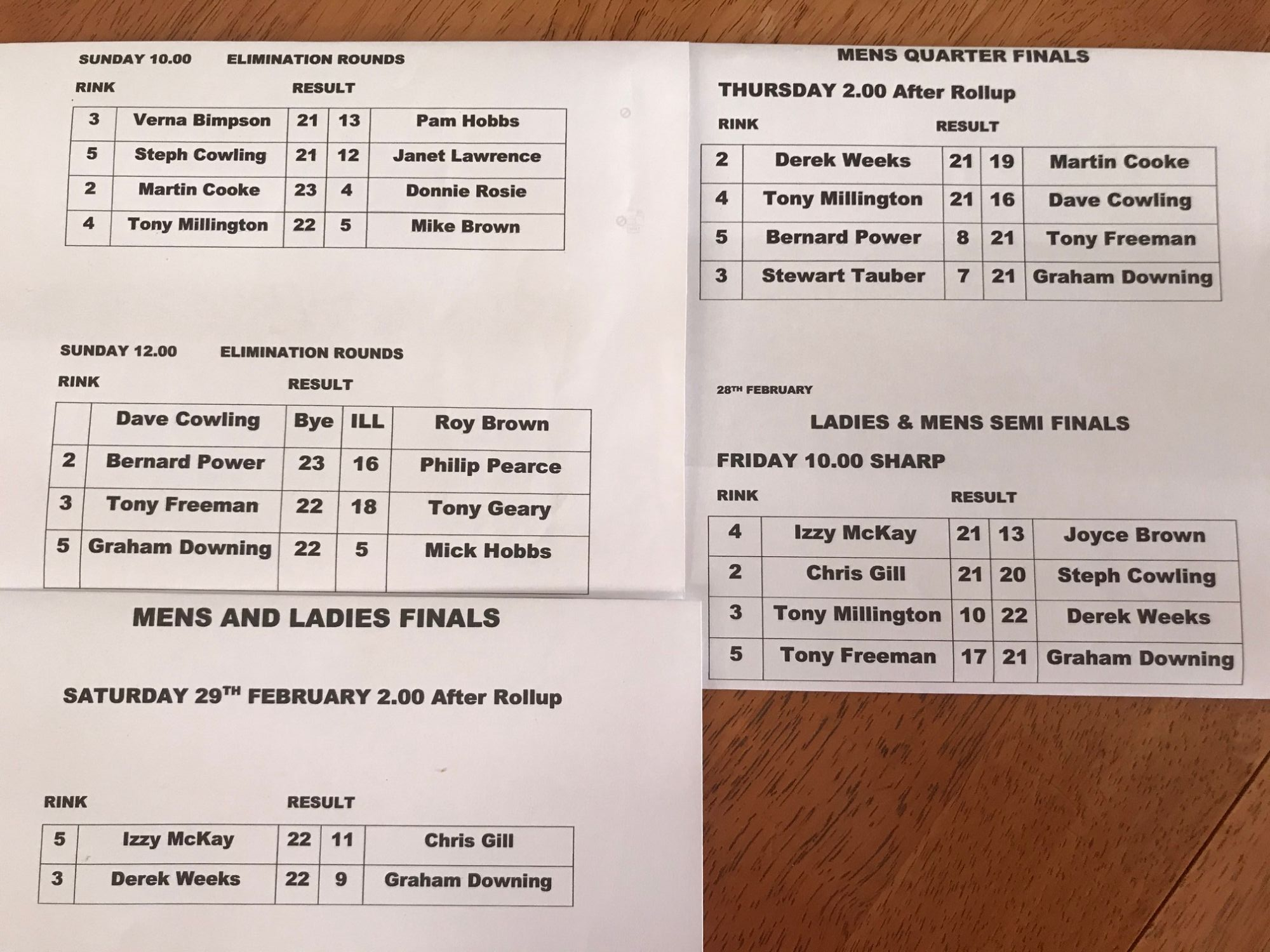 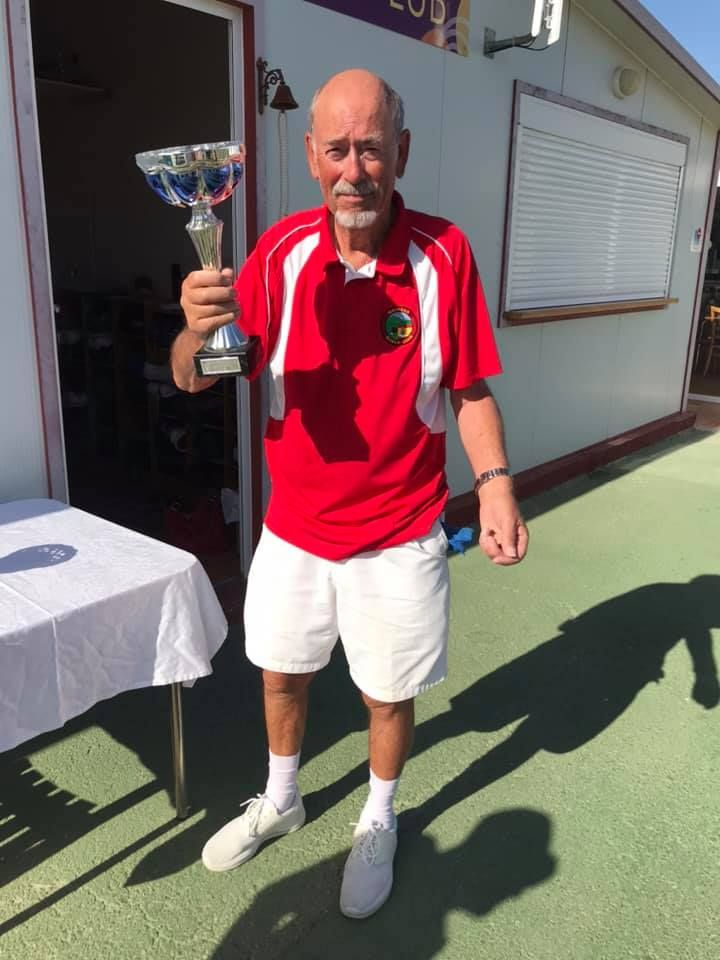 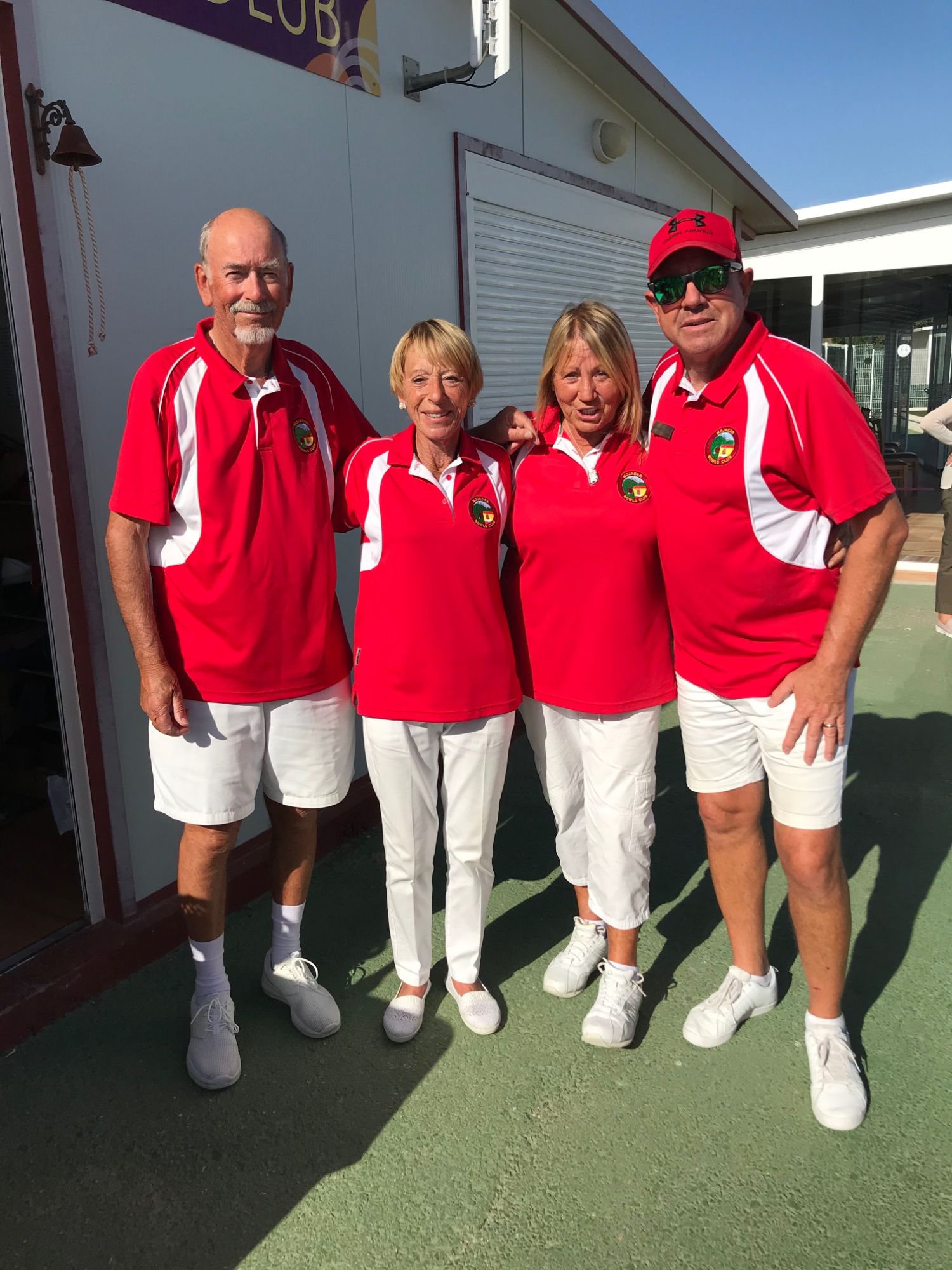 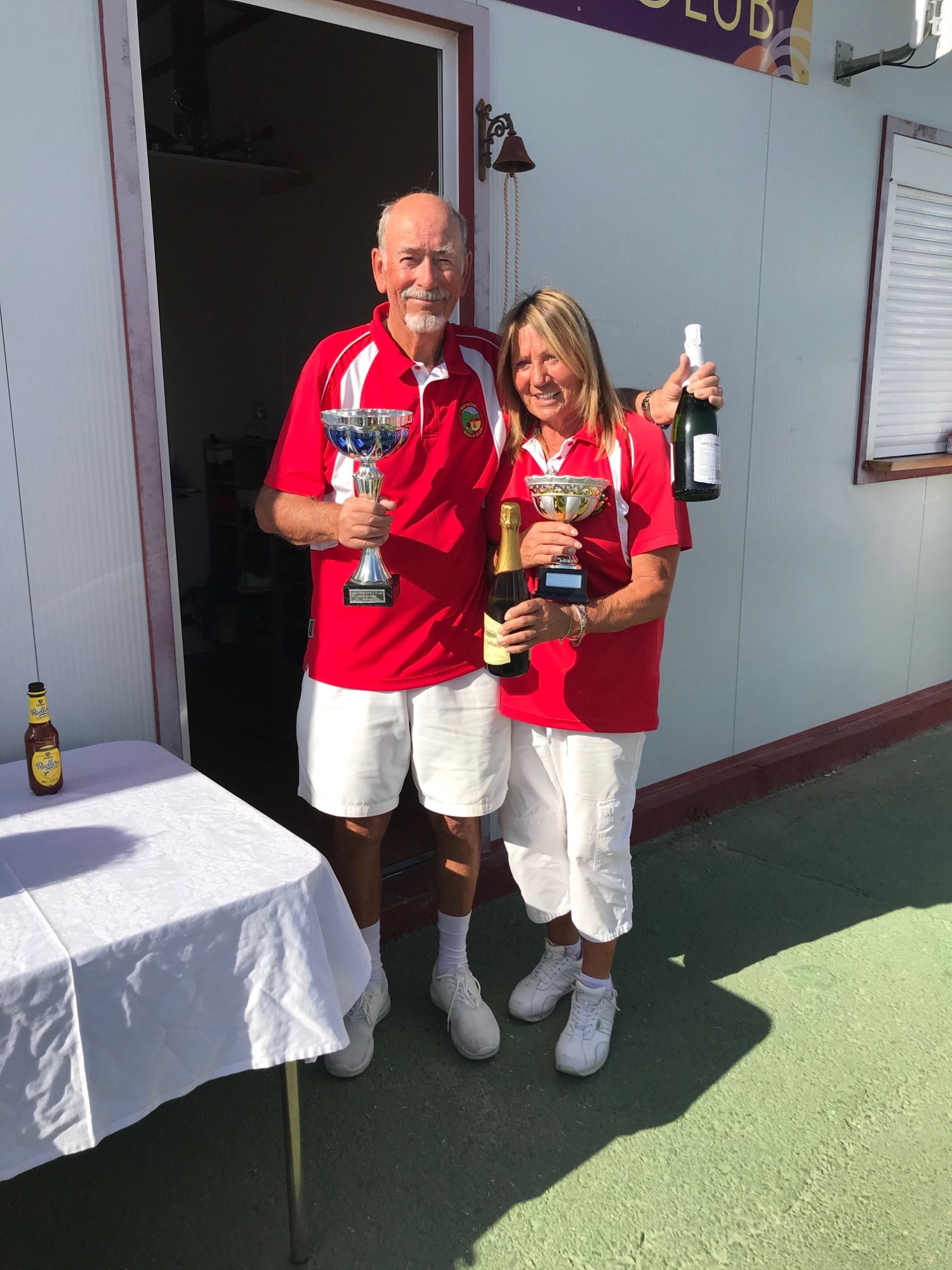 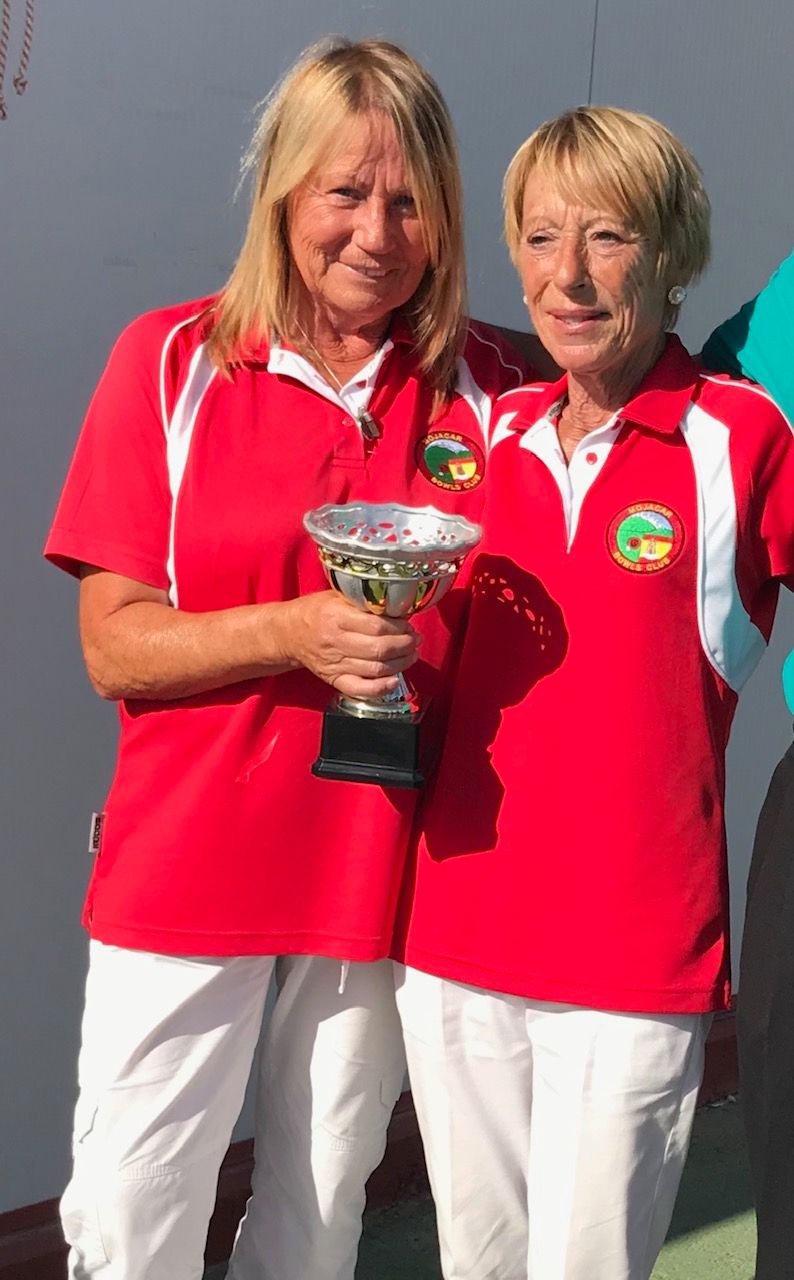